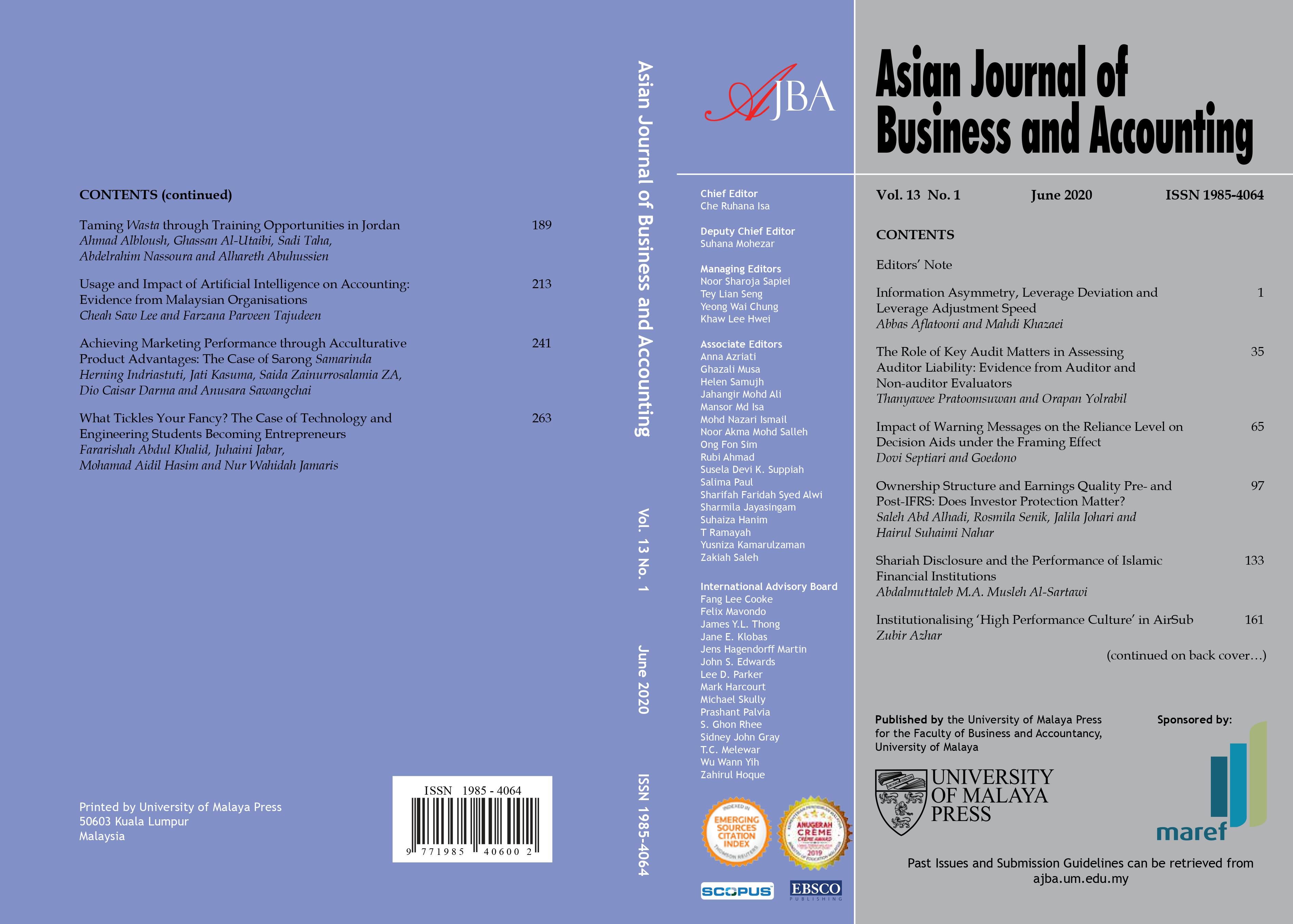 Theoretical contribution/ Originality: To the best of the knowledge, the previous study only examined the debiasing effect of framing in a business context, while this paper could be the first research which tests this debiasing technic in auditing task area.

Practitioner/ Policy implication: Warning message can be used as ones of the best tools where make auditor produce best decisions as long as the audit process.

Research limitation/ Implication: The study didn’t use a specific measure of overreliance. It affects on the overreliance can’t be differed with reliance.

Goedono is an accounting professor and senior lecturer in the Accounting Department, at the Faculty of Economics and Business, Universitas Gadjah Mada, Sosio Humaniora Street No.01, 55281, Bulaksumur, Yogyakarta, Indonesia.